Twenty20 cricket, also known as T20, is a form of cricket that is played at both a professional and amateur level.  Each team has only one innings restricted to 20 overs.

Generally a T20 game will last about three hours, and each inning will go about 90 minutes, with a break of 10 minutes between each innings.

T20 is a fast paced game, and is very popular among fans all over the world, not only live matches, but also for those watching on TV.

T20 has been instrumental in making cricket even more popular.  When it comes to international cricket tours there is always one T20 match, and all of the test-playing countries will have a domestic T20 tournament. 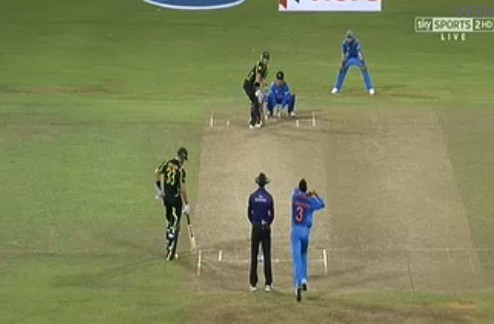 This type of cricket is known as limited overs cricket and as mentioned each team plays 20 overs.  Each bowler gets to bowl a maximum of four overs.  If the bowler bowls a “no-ball” when overstepping the crease it will cost one run and the next ball will be a “free-hit”.

When it comes to a situation like this the batsman can only be given out by a run out, when hitting the ball twice or by obstructing the field.  T20 fielding restrictions are as follows, there are to be a maximum of five fielders on the leg side.

If the team that is fielding does not bowl their 20th over inside 75 minutes the batting side will be given six runs for every complete over that is bowled after 75 minutes.  The umpire can also add extra time if he thinks the other team is taking too long.

If there is a tie each team will play one over known as the eliminator or super over.  Each team will choose three batsmen and a bowler to play a sort of mini match.

Each team will play one over, the team who loses two wickets before the end of the over will mean the end of their innings.  The team with the highest score will win.  If this also ends in a tie the team that had scored the most boundaries within their 20 overs will win the match.

T20 offers great betting opportunities and there is a range of wagers that Australian betting sites make available.

The most popular bets include the match winner, in-play run totals, amount of boundaries, the highest 6 over score and a popular betting option is man of the match.