Sports Events That Changed The World

July 22, 2020 Cleve Okuneva Comments Off on Sports Events That Changed The World

There is often much more to a sports tournament than just what happens on the field. A football matchup can also be a political statement, a refusal to take a knee can be a comment on social rights, and an outburst can trigger discussion around the world.

These are major events in the world of sports that made a powerful statement, or in some cases even literally changed the world.

Occurring in 1914, the so-called Christmas Truce is the stuff of legend. Though, it was so long ago that the details are a bit sketchy.

Either way, the story goes that on Christmas opposing German and British forces had called a truce, allowing the dead and wounded to be tended. As the enemy soldiers went about their business, some began to sing Christmas carols. This eventually resulted in some soldiers even enjoying a few games of football in “no man’s land.” The football games included men from both sides of the conflict.

Rumble In The Jungle

Everyone knows that when you bring up the career of Muhammad Ali in any regard, big wins start here. Perhaps his most iconic fight is with George Foreman in the Democratic Republic of Congo, where an estimated billion viewers tuned in via television.

The most significant part of the fight, however, despite the underdog win itself, is that 7 years prior Ali had been disgraced in the world of boxing and sentenced to prison time, all for refusing to comply with the highly controversial Vietnam War draft.

He, of course, went on to fight Joe Frazier a year later, cementing him as a boxing legend.

In 1936 Hitler had come up with a plan; he would use the Berlin Olympic Games to demonstrate his theories of a so called Aryan race. But it more or less blew up in Hitler’s face, with Jesse Owens, an African American, all but dominating a large portion of the event.

Owens scooped the gold in the 400 meter relays, 200 meters, 100 meters, and the long jump. Additionally, he smashed 9 Olympic records, and posted 3 world records. Of course, this didn’t inspire Hitler to make any sweeping changes, but it was a dramatic demonstration of exactly how wrong his views of the world were, even if he didn’t admit it. 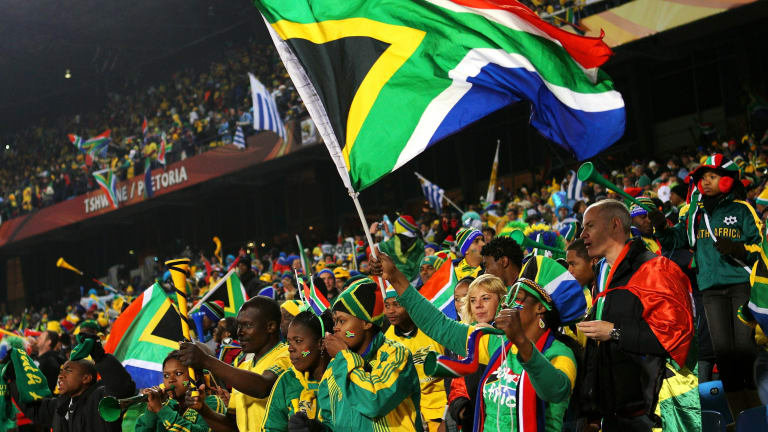 The 1995 Rugby World Cup was the first that South Africa was allowed to participate in, with apartheid having finely come to an end in the early 1990s. Though, not only did the country host the tournament, the national team also managed a nail biting win against formidable opponents New Zealand.

The then new head of state Nelson Mandela handed the trophy to team captain Francois Pienaar, marking what many consider to be a unifying gesture on behalf of the entire country. The national team has gone on to win the World Cup 2 more times since that original victory.